Standard by WellPoolReporter July 31, 2019 No Comments 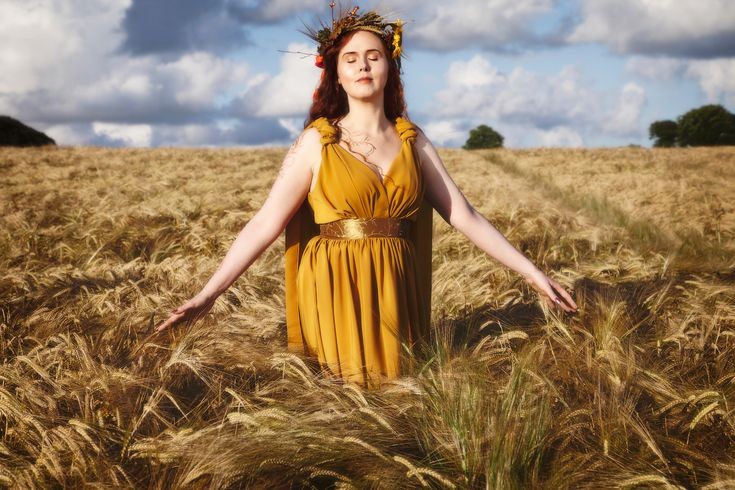 Lammas is an ancient Anglo-Saxon festival celebrated on August 1st, in the early days of the British Isles. It was also known as Lughnassad by the Celts. It falls at the half way point between the Summer solstice and the Autumn equinox.

Lammas celebrates the first grain harvest of the season and is a sacred moment in the wheel of the year. Grain was an important crop to almost every civilization since the beginning of time. Nowadays, we no longer spend time reflecting on the importance of grain. But for our ancestors the grain harvest was of vital importance as it was a matter of life or death.

On this day it was customary to bring to church a loaf made from the new crop, which began to be harvested Lammastide. The loaf was blessed, and in ancient times might be used afterwards to make magic. The bread would then be broken into quarters and placed in the four corners of the barn, to protect the grain.

In many parts of England, tenants were bound to present freshly harvested wheat to their landlords. However, with the advent of the Industrial Revolution and as people moved away from the countryside to settle in cities, these old customs gradually fell out of favour.

Nowadays, with a renewed interest in the traditions and customs of yesteryear, it has become fashionable to try to adapt and reinvent this lifestyle for a modern world. To adopt a lifestyle more in time with the rhythms and cycles of the natural world.

So, Lammas being considered a time of ripening, the sun being at its hottest and the fruit on the trees & the vines also ripening. We witness the signs of nature opening to the sun, to bring forth fruit in abundance. We can sense the same thing happening to us. Now is the time to open ourselves to the power of the sun & allow the fruit (projects and plans) we have been cultivating to ripen.

Despite the hot days still ahead, the energy of the sun has shifted. The days are getting noticeably shorter. We are beginning to observe signs of the wheel of the year turning toward late-summer/autumn. The summer sun is still fiery hot, active, energetic & bold and its energy is helping to ripen our remaining harvests this season.

We should review and remind ourselves of our spring intentions, what did we plant in spring that is now flourishing and ready to harvest? Lammas brings a flow of vital energy that will fuel us for all the difficult tasks still to come this year.

Harvesting is hard work. Preparing for next year’s growth is hard work. The remaining sun & fire of summer provides us with the energy to finish our work this year. We should soak up as much of it as possible to energise ourselves. These late summer days are also days for rest. We should rest as much as possible, using this time to recharge our batteries.

This mid-point of summer reminds us to rest and refuel for the months ahead.

We should remember that the death of the old, contains the seeds of new beginning. This is one of the most magical parts of Lammas – when the dying plants turn into seeds for next year’s growth. Things are drying out & dying but they contain the seeds for new life in the spring. In the dying body of the old is contained the mystery of renewal.

It is time to pause, reflect and conserve our energy for the work ahead. Lammas blessings to all.