Standard by WellPoolReporter February 10, 2018 No Comments

On the 8th February two members of the Well Pool blogging team attended a “meetup,”  hosted by Tech4Good Liverpool in collaboration with Red Ninja  http://www.redninja.co.uk/.  The meeting was to discuss the problems surrounding the mental health of children and young people in the digital era.  This being a week of events to highlight the importance of children’s mental health.

Did you know that mental health problems affect 1 in 10 children under the age of 16?  With a staggering 75% NOT receiving adequate treatment.

The rise in technology is often criticised in relation to young people’s mental health. However Red Ninja have proved that technology can be used as a force for good.  It can improve the lives of young people, to enable and empower them to take back control for the benefit of their mental health and wellbeing.

Before the discussion began guests were welcomed and served pizza and wine. It was a friendly, informal setting and the perfect opportunity to mingle with the panel and fellow audience members, a mix of young people, parents, service users and health professionals.

It was an interesting, informative and lively session with an engaging panel of experts who were:

Luciana Berger, Labour MP and President of the Labour Campaign for Mental Health.

Ms Berger began the discussion by stating that there was an imbalance between physical and mental health within the health care system.  This needed to change, as both are of equal importance.  The digital revolution provides a platform for collaboration between mental health carers, service users and technology.  However not everyone has adequate internet access.  The poor and those living in rural areas for example which is compounded by the closure of libraries due to government cutbacks.

Ms Mwasambili directed the audience to close their eyes and to think of a young person close to them. This she said should be their expert and to whom they should listen.   Young people are the experts when it comes to the health of young people.

Two remarkable young women called Sarah and Rona (who have had the support of  Chanua) were invited to join her on the platform, to tell their own stories.

We learnt how one young lady addicted to her iphone, had managed a successful detox.  Enabling her to complete her course work and revision in good time for course deadlines and exams. She felt she had achieved a balance now and was able to enjoy the benefits of technology without it taking over her life.

The other had enjoyed similar success and had gone on to create her own blog to help and support others. They both spoke wisely, confidently and honestly – but what struck me was how happy and positive they were. It was an inspiration to listen to their stories of courage, empowerment and recovery.

Ms Mwasambili also spoke about Zero Suicide Alliance, where you can get free online training and learn how to recognise and prevent potential suicide.  Here is a link. http://www.zerosuicidealliance.com/

Dr Simon Lewis spoke next and made it crystal clear that he and his colleagues are feeling the impact of the cuts made by the government to the NHS.

“We are drowning!” was his impassioned plea.

It is evident that there are not enough staff, resources or funding to cope with the vast demand on services. Staff commitment, dedication and goodwill alone will not suffice. So how do we make the world less threatening for young people? Dr Lewis said the use of technology and new apps, urging the “Tech Heads” present to work on this and develop more. The sensible controlled use of technology would appear to be the way forward as initial intervention therapy.

The final speaker was Colin Dolan who told his story and subsequent diagnosis with Bipolar Disorder. Colin knew from his teens that something was wrong but did not know what, his crutches were alcohol and drugs.  It was not until he found himself in hospital in Madrid having tried to commit suicide seven times that he was diagnosed and received the appropriate care and treatment. Colin salvation has been football and in particular the Everton in the Community Programme. He is a great advocate of football as a means of therapy for men dealing with mental health conditions. He works hard raising awareness and trying to smash the stigma surrounding mental health.

Having listened to the speakers the audience were invited to ask their own questions. I came away from the meeting feeling positive and uplifted. It is clear that the NHS and mental health face many challenges in the future. It is so easy to blame the rise of technology as the reason for a breakdown in mental health.  However, the digital revolution is not going to disappear, its going to carry on turning and we must embrace it for the sake of our young people.  Used sensibly and in moderation I believe it has an opportunity to redeem its

reputation and to help provide solutions and enable support  in these challenging times of austerity. 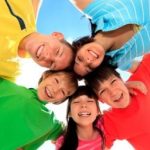